VIDEO: Sophie Turner Recounts How Awkward She Was Meeting Justin Bieber for the First Time

​Sophie Turner admits she reacted ​just as awkwardly as any hardcore Belieber would the first time she met him, and the story is pretty hilarious.

Last night, Sophie appeared on ​The Late Late Show where she told host Jame Corden how embarrassing her first encounter with the Biebs was. The actress explained she's always loved Justin, so much so that her mom gifted her a life-size cutout of Sophie and Justin together when she was 16 years old, which brought her to tears. 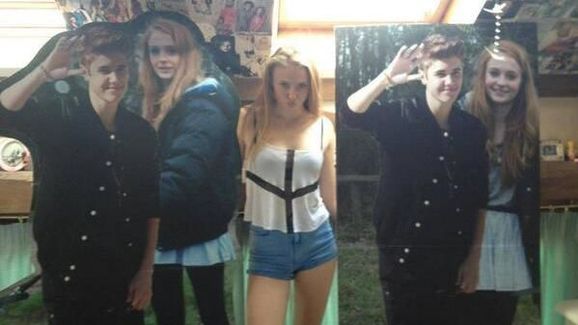 She then talked about her actual first meeting with the singer, explaining she was getting a tour of a house in Miami where she was told Justin was hanging out upstairs.

​Sophie said Justin was shirtless and getting a head massage when they met, and even though she tried to be chill about the whole thing, she found herself crying in a closet for a few minutes after their introduction, trying to gain her composure.

When she came out of the closet about five minutes later, she heard Justin asking her ​now-fiancé, Joe Jonas, about his new girlfriend. Joe gestured that his girlfriend was Sophie, and when Justin looked over she showed him just how awkward she can really get.

so this is the face @SophieT made when she met @justinbieber.... pic.twitter.com/G0DrkTtU87

Sophie said Justin was totally un-phased by her awkward gesture, but Joe has never let her live it down to this day.