High Pony
The Reelist
The DJ
The A-Lister
Next Article
QUIZ: How Well Do You Know Jennifer Aniston?

​We're less than two months away until the second installment of the Fantastic Beasts series hits theaters, and if the final trailer released today doesn't get any Potterhead ser 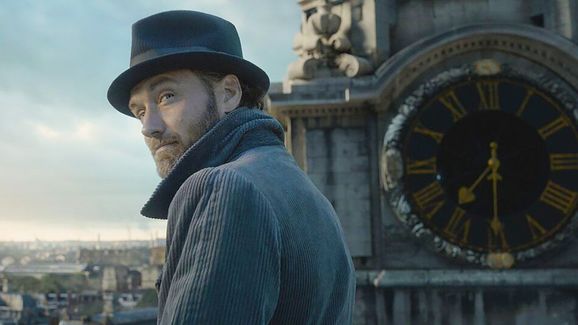 The new trailer dives deeper into ​the evils in the Wizarding World, as we see Nagini, Voldemort's snake, as a Maledictus, according to JK Rowling. The story will clearly connect to the rise of He Who Must Not Be Named, and the trailer creates a super eerie atmosphere our characters are living in. Spooky!

We also get to see the relationship between Dumbledore and Grindelwald a bit more, as although they're not portrayed as explicitly gay, we do see the former ​looking into the Mir​ror of Erised and seeing the film's villain. It's a clip we've seen before in the previous trailer, so we really hope it's significant.

The Crimes of Grindelwald hits theaters on Nov. 16, and we are now officially counting down the days!