​Although Kim Kardashian and ex-assistant Stephanie Shepherd parted ways in working with one another late last year, that doesn't mean all the rumors about them feuding were true... at all! 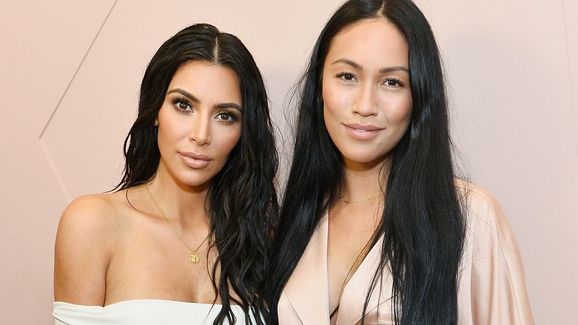 Speculation began from an ​episode of Keeping Up With the Kardashians this past October, after Steph claimed she was feeling "unfulfilled" job-wise, and told Kourtney instead of Kim. The reality star, expectedly, got defensive when Kourtney told her the news, asking, "I mean don't you think that's like a little bit unprofessional?"

Not much else came of the conversation, but of course, fans were sure there was major drama happening between the two.

However, ​Kim and Steph are now setting the record straight. In a video posted on Kim's YouTube channel on August 3, both ladies deny any fight ever happened.

"You guys, we've never had a feud," Kim said. "She wanted to go in a different direction. I respect that. I love giving that encouragement to whoever I'm working with. People just took it—just because people stop working together doesn't mean that they're feuding and stop being friends."

Steph agreed with Kim's explanation, adding she "never even stopped talking" to her. "I don't get the headlines like that," she said, claiming she knew "in [her] soul" the reports about the pair weren't true.

The two had been working together since 2013, when Steph became Kim's assistant, and have become close friends over the years. The whole family even considers Steph as part of the crew, because, well, she is!

Although the pair couldn't continue on together professionally, we're so happy to know they still remain friends.