High Pony
The Reelist
The DJ
The A-Lister
Next Article
'All Together Now' Release Date, Synopsis, Cast: Everything to Know

Here's What the 'Friends' Characters Are Up to Now, According to Showrunner

The Friends reunion is "never happening" according to the show's co-creator David Crane, knocking the possibility of a much wanted revival.

Revealingto The Wrap, Crane said, "Never happening. Never. We did it! It's done. That's why you don't want to see more of it, because it's all a happy ending." However, that doesn't mean he has no idea what our favorite characters are up to...

In the same panel interview, the showrunner was asked how Ross and Rachel were, and if they were still together, to which he answered, "Yes. Come on, they worked really hard, ten years."

He also confirmed that Monica and Chandler were also doing well together, living happily married.

Can you feel the ❤️ in the air, @FriendsTV fans? Today marks the 17th anniversary of "The One with Monica and Chandler's Wedding." pic.twitter.com/mHaErnpj6e

As for the rest of the reunion buzz, some of the cast aren't quite on board with the reboot, seeing as the show was a story of a group of friends struggling in their twenties and thirties with their own respective life problems.

“They’re rebooting everything. But I don’t know — how does that work with Friends, though? That was about people in their 20s, 30s. The show isn’t about people in their 40s, 50s. And if we have the same problems, then that’s just sad. That’s not fun,” said Lisa Kudrow (Phoebe Buffay) on The Conan O'Brian Show this past January. 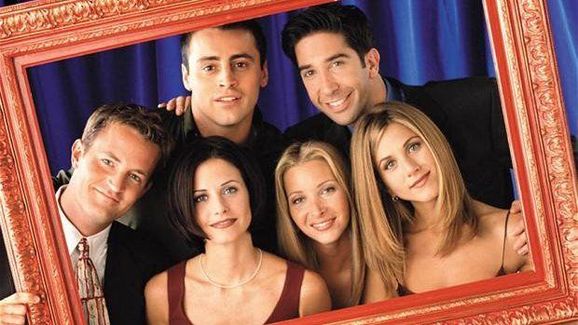 Even Matt LeBlanc, who went to star in his own spinoff Joey- which confirmed that Ross and Rachel tied the knot- shot down the reunion rumors saying, "

Reboot or not, Friends will remain a show that will forever be a part of pop culture history, and we're glad to know these fan-favorite characters are doing well without us watching!